….plus bits from my favourite month yet!

SOOO as I mentioned before, I went to Miami to visit my gals from back home, I spent 3 days there and it certainly did not disappoint! It can be expensive though but I kind of expected that anyway, I think I spent around $350 for the 3 days 🌝… but I had a really good time so it was worth it and that includes my train fair and Uber’s from my apartment to west palm and same on the way back which is like $17 each way!

I got the brightline from West Palm which was $35 for a return for Thursday night which I thought was alright (I did however find out that if you sign up to brightline then your first trip is free so I will be doing that next time), you can get the tri rail to Miami which is a lot cheaper I think around $10 maybe if not cheaper but I chose brightline just because of the comfort and riding on my own, I got WiFi the whole way there and I brought some Prosecco on my way there too. Although just after Fort Lauderdale there was a bit of an accident so the train had to stop and we had to get a Lyft to Miami but brightline are in partnership with them so they paid for us to get where we needed to be which I didn’t mind, it delayed my journey for an extra hour but it wasn’t a big deal. The journey to Miami should take on the brightline 1 hour 20 which is nothing tbf.

Once I got to the girls hotel where they were waiting for me I quickly got ready and we got an Uber to a bar called ‘barsecco’. I had a list on my phone of places that we could visit so I looked at the happy hour menu and this one caught my eye especially because the decor inside looked cool aswell, however I didn’t check how far away the bar was from the hotel, we stayed in a hotel in Miami Beach but the bar was downtown so it’s like a 15 mins drive out. We got some cocktails and food from the happy hour menu once we got there and just had a catch up. After we had our food and drinks another bar on the list was ‘better days’ which looked cool and a bit more upbeat but when we got there it was closed and this was around 9pm despite google saying it was open, so we decided to grab a beer at a bar called ‘friends’ which was next door to it, it was very chill so we got in the Uber back to Miami Beach and went to ‘mangos’. Mangos is a tropical cafe, it had live performers and music and was very busy, there was no where to sit but it was still good and the performers were great. The ‘Clevelander’ was the next place we went to, it was an outdoor bar with a dj and a pool and it played some good music to be fair, but depending on what you are drinking you can end up spending $21 on one cocktail like I did lol, however that being said, we went to the Clevelander each night because the vibe was right so I would definitely recommend going there. 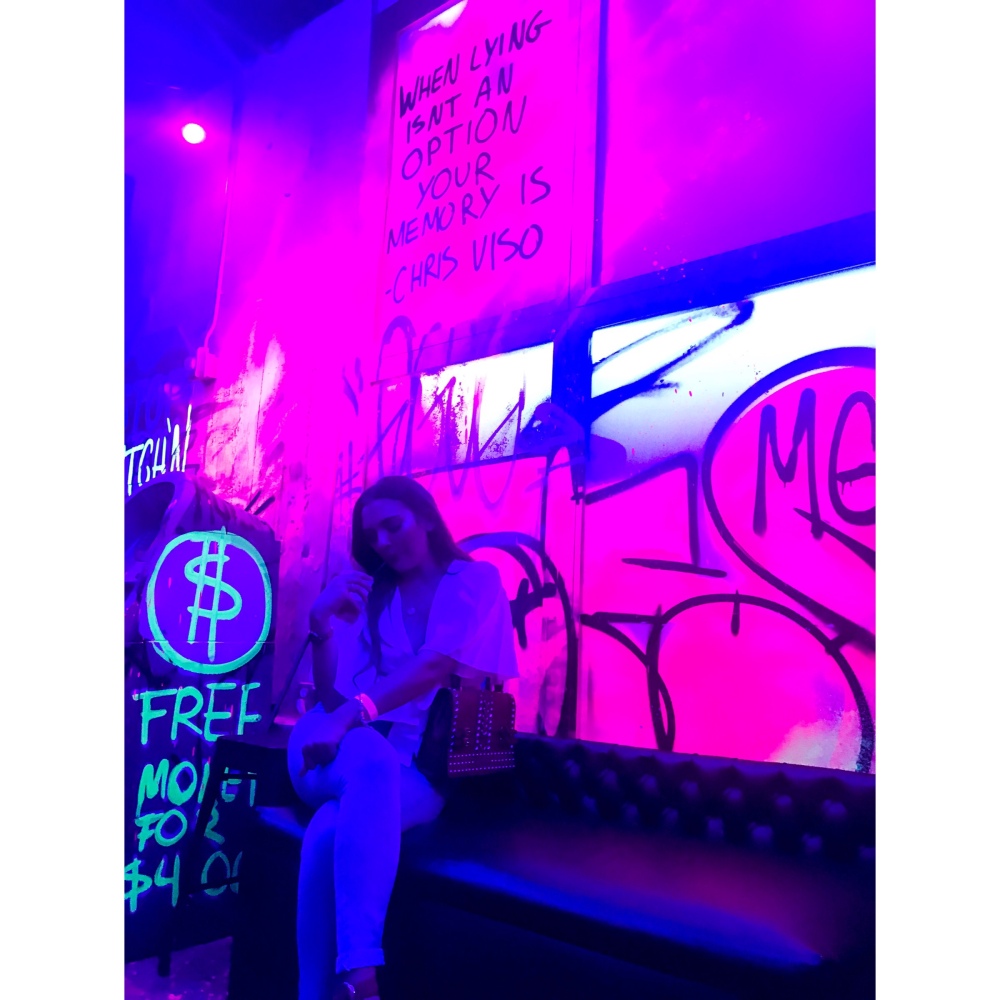 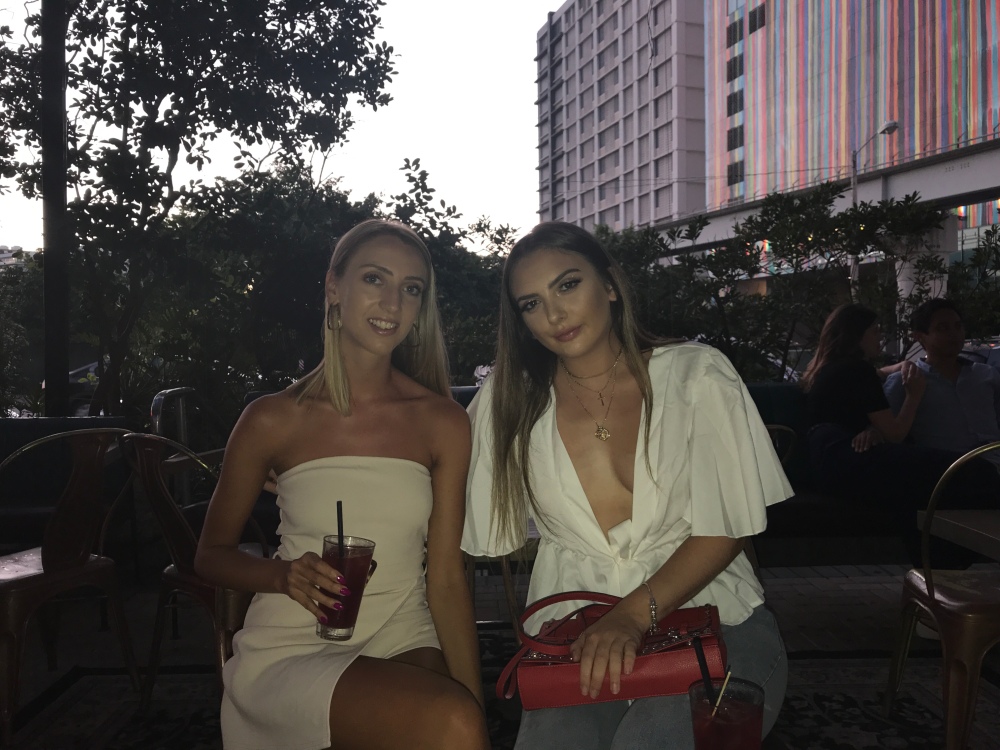 So the next day we spent the day at the beach which was nice, just sunbathing and chilling. We met a group of lads from London the night before so we met with them at the beach and played ball and hung out etc which was nice. After spending around 6 hours at the beach we decided to get a snack and get ready for the night. We went to ‘sweet liberty’ for some food and happy hour cocktails before heading over to the lads hotel for pre drinks before going out. Now let me tell you.. their hotel was insane! They stayed at Fontainebleau which is a 5 start hotel. It was beautiful and service was amazing there from what I saw. So anyway we had pre drinks then we went to the Clevelander again which was great and we all had a great time dancing and drinking. After a while we went to mangos where we carried on partying, this time the back dance floor was open so we all went back there. 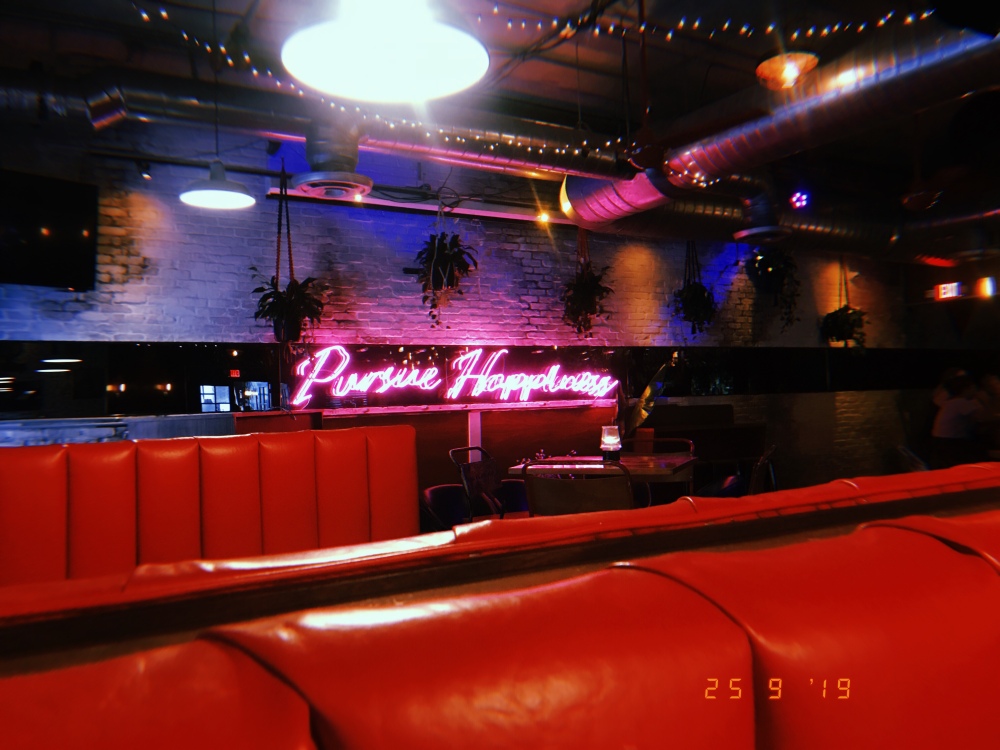 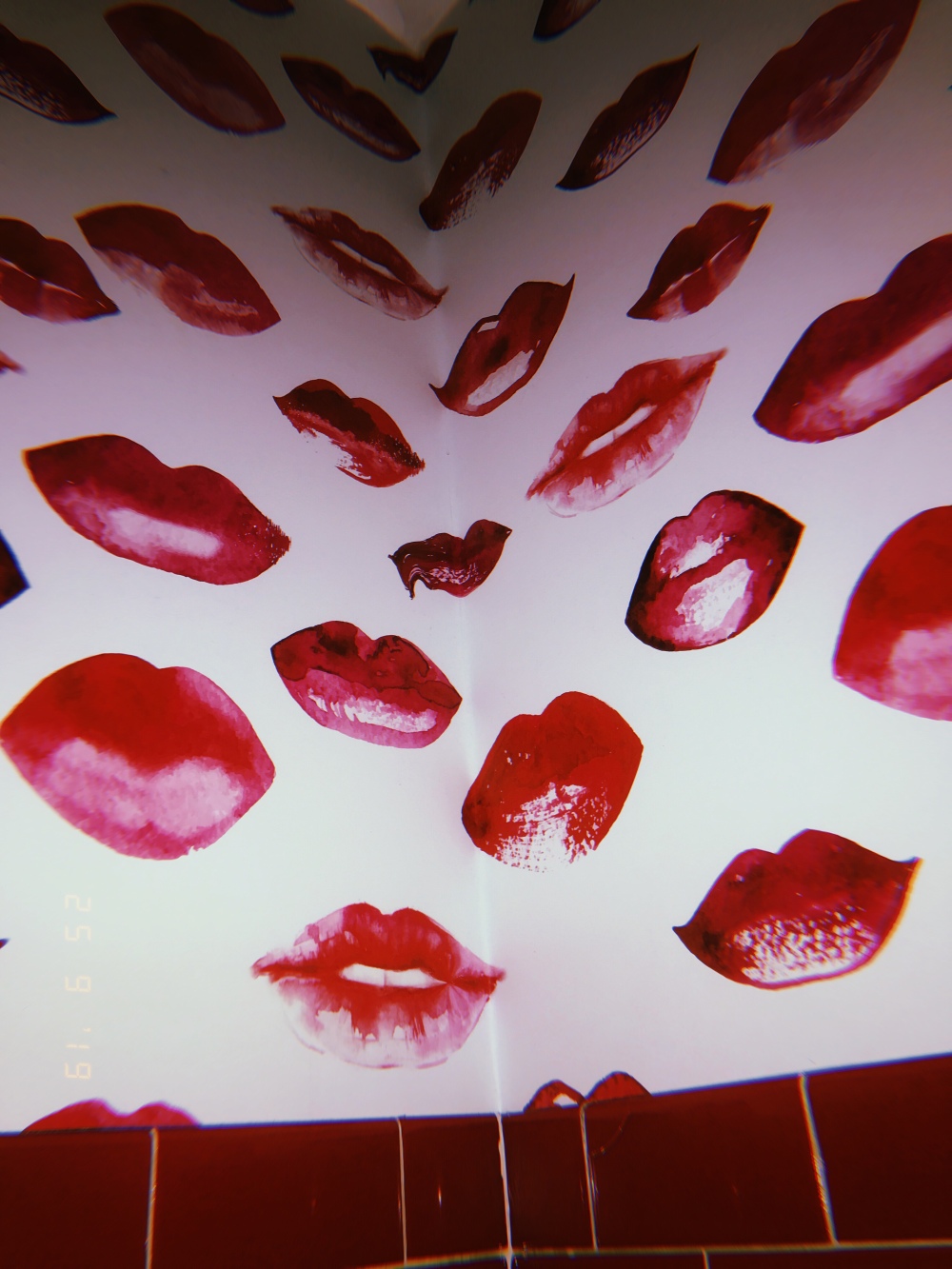 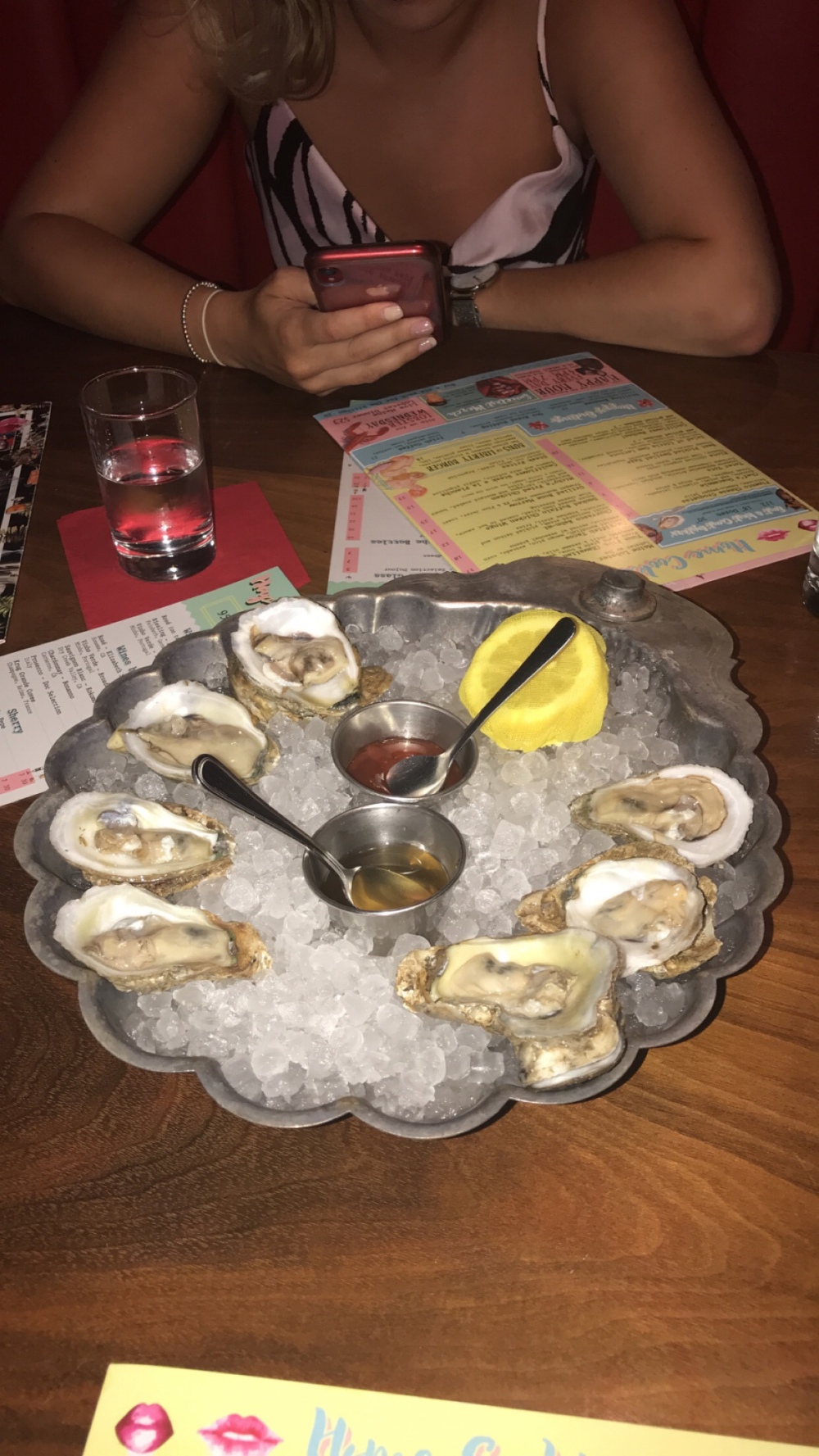 Miami itself is a great party destination and there’s so much to do if you want to do some day activities too but also meeting people can make it, meeting the lads and going out with them made us laugh so much! 10/10 trip… it was that good I went back two days later 🤪.

Haha I’m not joking.. basically our good friend who we have been working with the last 4 months was leaving to go back home, his year as an intern was now over so we decided to go to Miami to go see the dolphins and the chargers American football game. We got up early, went to publix to get snacks and booze and headed down to Miami via car rental. We tailgated for a couple hours and then headed to the game.. not gonna lie, I got so drunk I don’t even remember the game😂 but I do know it was a good day and a sad but fun last activity for our pal leaving.

So Miami was fun and I can’t wait to go back, especially with how close it is to where I live and how easy it is to travel. 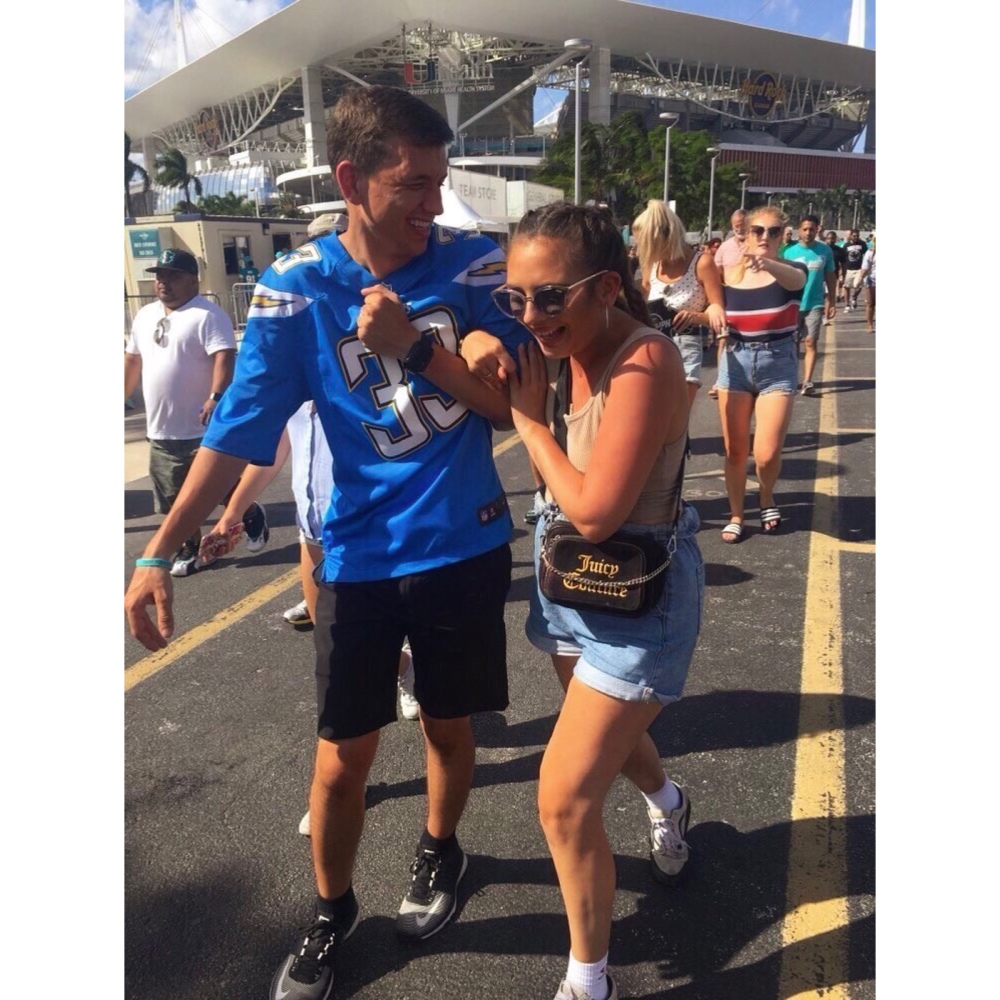 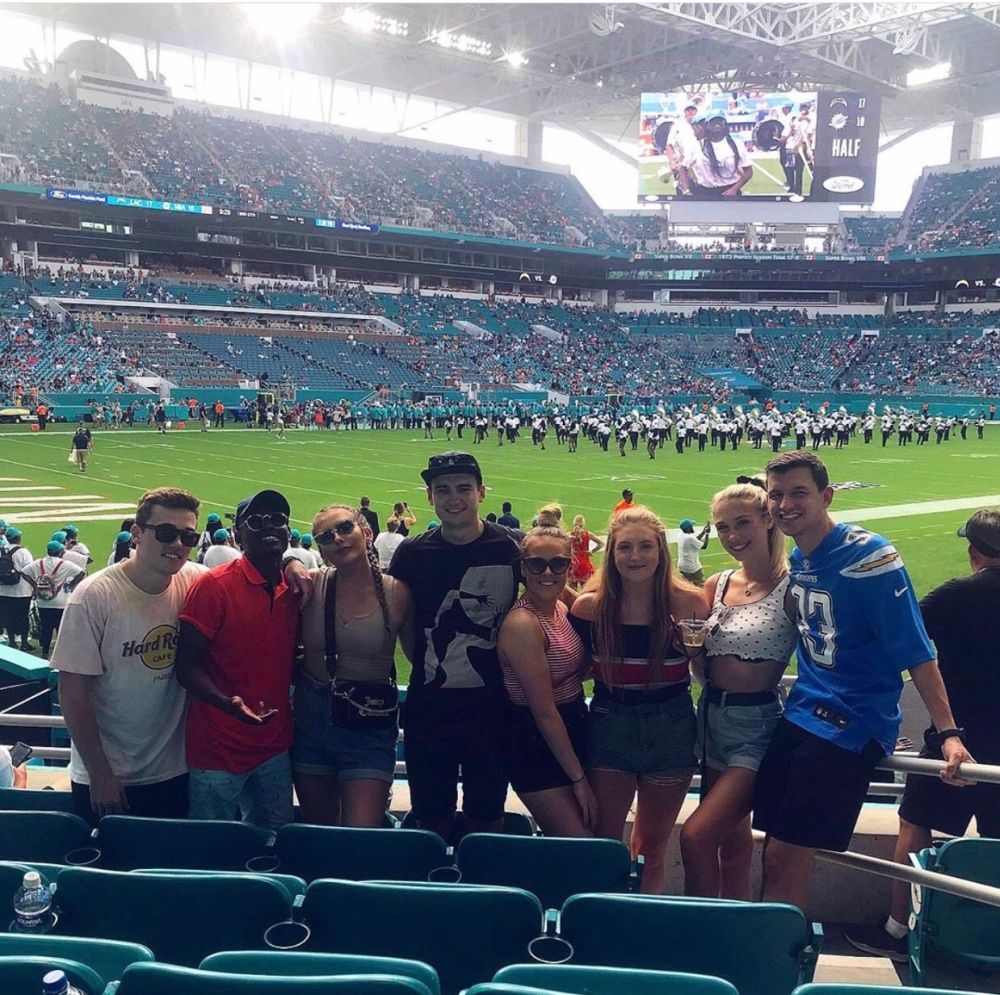 This month I also “graduated” from uni but I obviously couldn’t attend so I had a pretend graduation on the beach and then had a lil party at the apartment to celebrate with everyone which was nice! So far I’ve had the best month since being here and I’m soooo excited to make more plans and make the most of my time here. 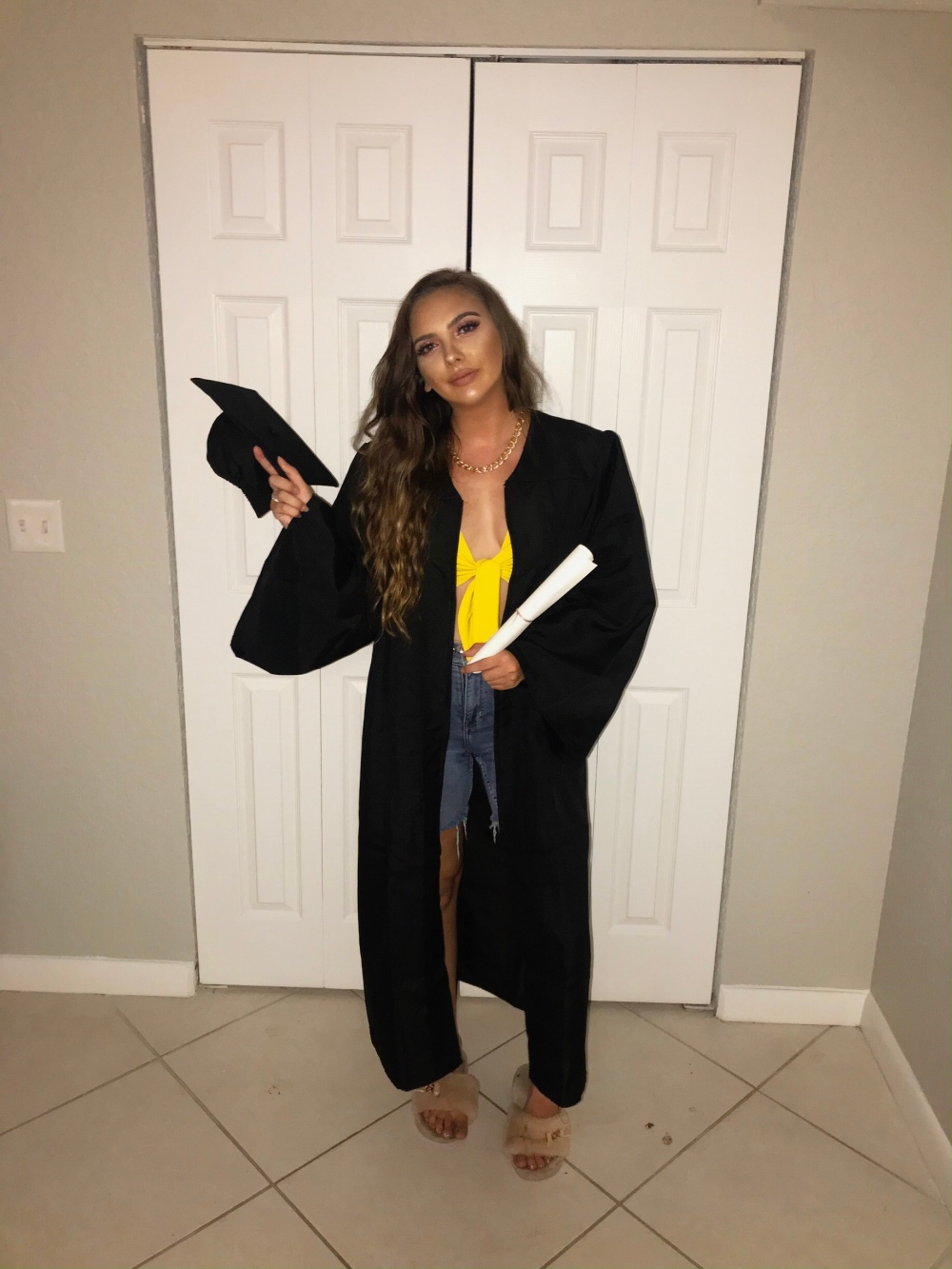 Favourite food place of the month: Sloan’s ice cream parlour in downtown palm beach gardens was amazing! The nicest ice cream and we got ours served in a bucket! You can even get ice cream served in a kitchen sink!

Money saving tip: if you wanna go out for food then check out where does happy hour! A lot of places will do it in certain time periods so get on google and see where because sometimes it’s cheaper eating out than it is to buy stuff in

What I’m looking forward to for this month: meeting the newbies! In a week or so 180 new seasonal workers start so it will get a lot busier and be a lot more faces! Can’t wait to make some more pals

I’m now a GRADUATE from the University of Lincoln, now living my life in the Orange County, FloRida🍊. I’m a BSG intern and this is my blog about my adventure in the US and working at Admirals Cove country club. ✌🏼 View all posts by daniellelouisegates